Showing posts from September, 2014
Show All

Of drift and doubt: on Ed Miliband’s conference speech 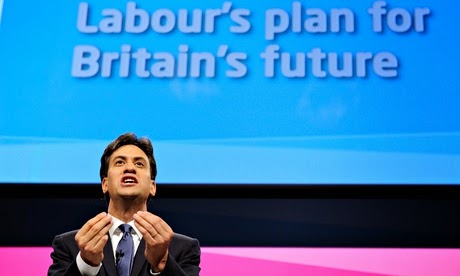 Over the last few years of Ed Miliband’s leadership I have become used to being rather impressed with his annual conference speech and then finding myself gradually losing faith as the months have drifted by with little or no follow-up: indeed with little of interest emanating from Labour. His latest speech yesterday – the last at conference before the 2015 General Election – felt like that whole year’s cycle compressed into an hour. Early promise – with a few interesting and engaging ideas – was followed by a whole load of drift interspersed with a kind of paint-by-numbers approach to pleasing the activists, notably by mentioning the NHS every few minutes. Ed Miliband making his 2014 Conference speech As the speech drifted, so I drifted and started thinking about other stuff, like: What’s for dinner? Maybe my toenails need cutting? Is anyone on Twitter being more interesting about the speech than the speech itself? (Answer: ‘Yes’). It wasn’t surprising to find out l
Post a Comment
Read more 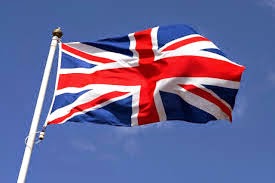 Around 45% of people voting in Scotland’s independence referendum voted for a separation of Scotland from the United Kingdom, and therefore a severing of the Scottish from the British. As media interviews with Scots during the campaign seemed to show, this desire for severing and separation came largely from a resentment of, dislike and contempt for ‘the English’, who have been perceived to be doing all sorts of nasty things to the Scots from their remote base in London or specifically Westminster. This is quite an interesting phenomenon on a number of levels, not least for how it shows how similar feelings north and south of the border can be funnelled in different directions by the action of opinion – otherwise known as politics. The Scottish nationalists have shown how effective they are at this, though alas not effective enough to win the referendum. This distaste for ‘Westminster elites’ as spat out by angry Scots is actually largely shared, though not in such org
3 comments
Read more

A few short thoughts on Scotland and the United Kingdom

September 10, 2014
Scotland is a great nation. It already is and always will be, within the union or out of it.  But the United Kingdom is a great entity of its own: an accident of history that gives space for different nations and different peoples to express themselves within a bigger whole: a union of nations and peoples. That is something special and almost unique within the world.  But it will be damaged, perhaps irrevocably, if Scotland departs. To me, the Scots Independence debate seems to have shown a yearning not so much for separation, but rather for a state and a country that means something - for a better democracy.  I think we can (and definitely should) all share that aspiration, but the idea that Scotland by cutting loose will be free from the denationalising forces of global wealth and power that bear down on us and our governments is fanciful – if anything it will be more vulnerable to them, as will the rest of us. There will be positive aspects in coming to terms with the red
Post a Comment
Read more

September 05, 2014
This is the second set of notes and fragments I have collated in the hope that there may be some value in my random scribblings on scraps of paper, Post-It notes and paper pads. The first set of these notes, principally on the environment and politics , has been notable only for the lack of page views it has attracted – a measly 27 at the time of writing. I think there’s some value both in them and in these, but I guess you can’t argue with the readers... The left’s rationalism The left’s rationalism excludes or delegitimizes feeling by re-categorising it along the same lines as knowing, thereby judging feelings on the same terms as knowledge – as right and wrong . By doing this, it enables you, as a person, to be wrong in your whole being – in the way you feel and experience the world. There is no escape. [ N.B. Of course this isn't a lefty preserve. It is shared across the liberal spectrum by what we might call 'neo-liberals', who treat human beings rather
2 comments
Read more

Some thoughts on the environment and politics, and other things

September 03, 2014
I am vain enough to think that my random thoughts are sometimes worth writing down. As a result, at any one time my world is normally drowning in pieces of paper, post-its and pads of scribbled notes on various topics. Many of these notes are on the environment, something I think about a lot but haven’t written many articles about because I feel I don’t feel I’ve found the right language to talk about it without merely replicating the moaning and whingeing characteristic of most writings on it. Perhaps that is because this moaning and whingeing is the most appropriate way; nevertheless I’ve been seeking, perhaps naively, to look beyond this – for a better politics of the environment . Here’s a few of those thoughts anyway - on the environment and other things from rationality to music in the Labour Party . The environment: an afterthought to politics Even though our environment – the world around us – is crucial to our health and wellbeing – it is normally an af
Post a Comment
Read more
More posts