Showing posts from April, 2015
Show All

In solidarity with the feminists (for once)

April 28, 2015
As I have explained here on several occasions, I am no fan of modern feminism . I don’t like the bad ideology, authoritarianism, unpleasantness, elite-centeredness and sometimes downright idiocy that many feminists engage in. But on the latest hoo-ha whipped up by feminists defacing and removing ‘body-shaming’ adverts from the weight loss firm Protein World, I have more than a little sympathy. It’s all about choice. We have no choice about viewing adverts in our public spaces – for example on billboards, at bus shelters and train stations. That wouldn’t be a problem if only so many adverts weren’t so blatantly propagandistic. The one that has got feminists hot and bothered features an extremely slim young woman in a bikini with the slogan “Are You Beach Body Ready”, sited next to the company’s ‘Weight Loss Collection’ range of products [I have decided not to copy the image in here; Google it or click on the link above if you want to have a look]. A petition against the ad
Post a Comment
Read more 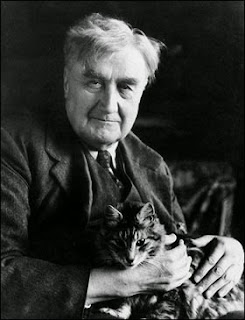 St George’s Day is meant to be England’s national day, but if you were not looking out for it you would likely miss it. That shouldn’t reflect badly on you or on anyone else. England’s national day has been long neglected in England for various reasons, not least the priority put on other identities in national – British – life. Liberal universalists – who largely dominate our public sphere - insist that borders are redundant and should ultimately be abolished. They seek to include everyone, but they just divide in other ways. Their forms of division are international, but they are still divisions – not by territory but by identity and ideology; in their way of thinking you may not belong where you live on account of having the wrong thoughts. This point of view needs to be resisted strongly by all of us who believe in the connection between people and the earth they stand on. As a part of this politics, England needs to find itself again.   The first step for
2 comments
Read more

April 20, 2015
The recent deaths of hundreds of migrants on boats in the Mediterranean are first of all a tragedy for the people involved and their families – also of course the poor survivors plus the Italians and others who are retrieving the bodies. But the phenomenon is much wider than this, and many are describing it as a disgrace in relation to British policy. Labour’s shadow home secretary Yvette Cooper for example called Home Secretary Theresa May "immoral" for having participated in dropping EU search and rescue operations; plenty of others have piled in behind her. Our demands that something must be done morphs very quickly into that we must do something – specifically that we must provide upgraded rescue services for all these migrants who are paying big money to traffickers to get to Europe. It is the classic humanitarian response and is perhaps the only practical way to prevent a lot more of these disasters from happening. It has had me wondering however i
1 comment
Read more

April 17, 2015
This is just a bit of fun I was having on Twitter with the election campaign on and thought I would turn into a blog post - imagining what our political parties would be if they had to get up every morning and go to work [h/t Sasha Hunter for that last thought]. The Tories: South West London estate agent Well-scrubbed, suited and booted, posh or ‘aspirational’ or both, originally from the Home Counties, keen to ‘make it in the property market’. Says ‘Yah’ a lot. Labour: Local authority 'equalities' officer Well-meaning, but tangled up in convoluted ideology and bureaucracy; nevertheless convinced that more convoluted ideology and bureaucracy is the way forward; partly lost sense of itself but still packs plenty of political clout. UKIP: Builder No-nonsense at best, uncouth and bigoted at worst; unreliable, ‘likes a drink’, resentful at all these Eastern European builders coming in and doing a better job for less money. The Lib
2 comments
Read more

April 04, 2015
This post was first published on 2 nd April on The Condition of the Left in England blog which is written by Samuel Fawcett, Deputy Editor of the Young Fabians’ ‘Anticipations’ publication . ‘Soothsaying is not really my thing normally – which is why it’s rather nice to have a go at it. But, as for who is going to win the election and by how much, I can only repeat a version of the general consensus from the geeks who study the daily polls. They say we will either have a Labour minority government or a Conservative minority government, or another coalition – Labour-Lib Dems, Conservative-Lib Dems or Conservative-DUP. I see no reason to doubt this. Nevertheless, there are a few things that are perhaps worth saying which have not been covered extensively already. 1. The next Parliament will be one of rancour and increasing anti-politics mood. Narrow majorities, coalitions and minority governments generally make for feverish politics. That the Conservative-Lib Dem
Post a Comment
Read more
More posts