Showing posts from October, 2015
Show All

A Symphony for the Labour Party (Vaughan Williams’ 6th) 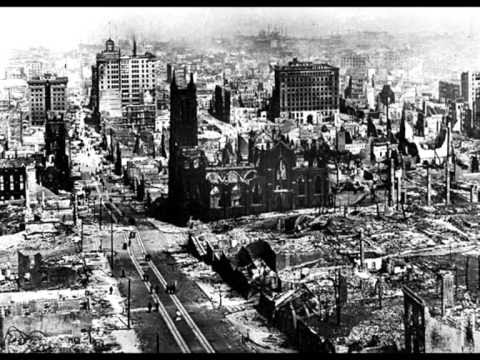 Ralph Vaughan Williams wrote his 6th Symphony partly in reaction to the land mine that fell on the Café de Paris in London during the Second World War, a bomb which killed Ken ‘Snakehips’ Johnson and members of his West Indian Dance Band Orchestra who were performing there. Vaughan Williams' Symphony No. 6, played by the San Francisco Symphony Orchestra, conducted by Sir Roger Norrington Click here t o create a new window for the video. In a reference to the victims of that tragedy of war we hear in the symphony’s third movement the snaky, sinuous but ethereal sound of a saxophone backed up with a pulsing jazz beat. But it is framed by a piece which is tumultuous and angry, broken with a few moments of introspection and a short window of radiant beauty towards the end of the first movement. The fourth and final movement rounds the symphony off with a feeling of drifting and desolation, the strings evoking a gasping, uneven breath dying out to nothingness.
5 comments
Read more

October 03, 2015
Ralph Vaughan Williams is perhaps Britain’s greatest ever classical composer, but he remains something of an outsider in the world of classical music. His tunes are perhaps a little too tuneful, lowering the tone by appealing rather too readily to those uninitiated into what one should like and value. All the more reason to love and value him and his music I say. The companion piece to this one focused on Vaughan Williams’ 6 th Symphony , a furious piece which, for me, evokes the current travails of the Labour Party and wider left in Britain. I was going to add a few lines to that piece suggesting some more tunes of Vaughan Williams that readers might like to check out. But those few lines became a few paragraphs and then several paragraphs. So here we are... The first thing I wanted to do was showcase music of a different character to the 6 th Symphony. The 6 th is probably my favourite of Vaughan Williams’ nine symphonies, at least in that version, but it is by n
Post a Comment
Read more
More posts