Showing posts from November, 2014
Show All

Karl Polanyi and the politics and economics of mass immigration 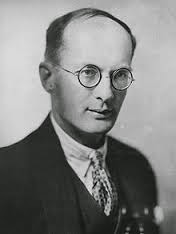 I’m not trained in economics but I do know a bit and have been intermittently digging through Karl Polanyi’s book ‘ The Great Transformation: The Political and Economic Origins of Our Time ; said to be a core text for Ed Miliband and his close political gang. Perhaps the most interesting and arresting ideas in The Great Transformation concern what Polanyi called the ‘ fictitious commodities’ : land, labour and money. I was reminded of this when reading a post by Chris Dillow on his Stumbling and Mumbling blog yesterday. Dillow's piece jumped off from the most read post on this blog – about how our immigration debate misses the main point by focusing only on economic aspects and treating how people feel as somehow illegitimate (something which is thankfully no longer the case – partly due to the excellent recent work of British Future ). In his fascinating argument to which I’ll digress for a while here, Dillow discusses how and why public opinion differs from
3 comments
Read more

November 19, 2014
Shadow Home Secretary Yvette Cooper has helped ignite another of those increasingly regular cyclones of protest from our liberal-left publications about virtually any talk about immigration. Cooper’s speech on ‘Labour’s approach to immigration’ addressed this sort of attitude head-on in her introductory passage, in which she said: “ On the one hand we now have an arms race of rhetoric involving the Tories and UKIP over immigration. UKIP are exploiting peoples’ fears, fuelling anxiety and division, and David Cameron is racing to catch up. Between them they promote the idea that immigration is all and always bad, and should always be stopped. On the other hand some liberal commentators seem to think talking about immigration at all is reactionary, and concern about immigration is irrational. They give the impression that immigration is all and always good, and should all be encouraged. Both sides shout at each other. Neither are right. And most people don’t agree
1 comment
Read more

November 12, 2014
It has often been said that while the right has won the economic battles of the last few decades, the left (in its various liberal and pseudo-liberal forms) has conclusively won the social war. This seems incontrovertible in Western Europe and America at least. I won’t go into the political triumph of economic liberalism here because: 1) it’s not what I’m talking about here and 2) it’s a bit technical and boring. But it’s good to reflect on social liberalism’s success, which is largely the story of a basic positive and righteous progression of politics from ‘not-so-good’ to ‘a lot better’. In Britain we are much better off, or perhaps better to say we are more civilised , for the reforms and changed social attitudes that have come with the triumph of social liberalism during the last Labour governments. From free museums admission, the ‘ right to roam’ , free bus travel for pensioners and civil partnerships for gay couples, we have been freed up to live our lives more how
2 comments
Read more
More posts