Showing posts from February, 2016
Show All

Time to declare on the EU referendum

February 22, 2016
I have changed my mind on Europe. Or perhaps it’s better to say that I have now properly thought about it, looking not through a lens of vaguely liking ‘Europe’, foreign countries and people but for what the EU is and does as an institution. This forthcoming referendum on 23 rd June is not on ‘Europe’ as a place, but the EU as an institution, one which has great power over Britain and whose 27 other leaders have the power of veto over even quite modest domestic legislation here. We have just seen the latter point with David Cameron’s watered-down ‘renegotiation’ or ‘deal’ demonstrating in stark terms how our government no longer has the power to decide the country’s future in the interests of its citizens. It is subservient not just to veto from the leaders of France, Greece, Poland, Slovakia, Portugal and others, but also to the diktats of the unelected, virtually unaccountable European Commission and European Court of Justice. We may like some of those diktats, for ex
3 comments
Read more

On English identity and Labour 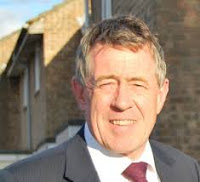 The language of human ‘identity’ often misleads us into thinking about it as something out there which matches something in here – a literal ‘it’ which is identical in both, rather like in a mathematical equation. In this way you would have an English identity for example if you somehow matched up to a list of English identifiers which we can measure you against. There is an ‘it’ of Englishness out there in this sort of account, and whoever has access to it can decree how English you are by comparing their checklist to you and your likes, dislikes, activities etc. My point here is that someone else other than you can carry out this operation of identity without involving you at all. It is an authoritarian relation, attained by someone with authority matching their knowledge of what an identity is against you and coming up with a result on their terms of what these ‘its’ - of identity and you - are. The same goes when we measure up any sort of identity – to English
4 comments
Read more
More posts